Two and a half day Workshop covering the key tax issues U.S. companies who are doing business with Canadians or in Canada need to know. The primary focus of the Workshop will be on GST, HST and Income Tax but will also cover QST, Payroll and Property Taxes. Attendees will also participate in an interactive audit session covering Canadian tax issues that they’ve been dealing with. 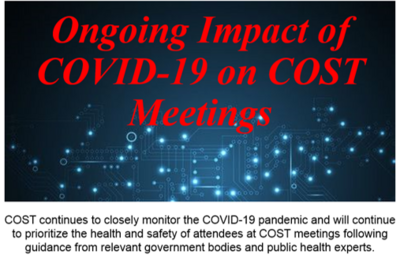 Company Travel Budgets – It’s that time of year again, when we ask about member companies’ travel policies for conferences, continuing education, and other meetings. We are hopeful that travel and budget policies of member companies have significantly improved in the past year (or even months). Which of the following statements best describes your company’s current approach to employee travel?

France’s draft 2023 budget sets out the government’s plan to eliminate a major production tax on companies over the next two years, continuing the Macron administration’s effort to improve the country’s attractiveness for foreign investors.

Chancellor of the Exchequer Kwasi Kwarteng will publish a medium-term fiscal plan on Nov. 23, alongside a forecast by the government’s budgetary watchdog, the Treasury said, as it sought to reassure markets about its economic strategy.

Ernst &amp; Young LLP’s Australian arm said Monday that it would conduct a top-to-bottom workplace review, after the death of an employee led to complaints about bullying and renewed questions about toxic cultures at large accounting firms.

The selloff in UK assets went into overdrive on Monday, sending the pound to an all-time low, slamming government bonds and sparking talk of emergency action by the Bank of England.

Poland plans to tax all companies employing more that 250 people, not only utilities, with the new windfall levy, Rp.pl reports, citing documents it has seen.

The French government presented a budget on Monday that aims to renew Emmanuel Macron’s fiscal credibility despite extra spending to cushion energy price shocks and the challenge of emboldened opposition in parliament.&nbsp;

Treasuries sold off Monday to deepen the worst bond slide in decades, reflecting worry that global central banks will have to accelerate policy tightening after UK tax cuts fueled concern of government spending.&nbsp;

House Republican Leader Kevin McCarthy (R-Calif.) attacked the IRS's $80 billion in new funding on Friday during the rollout of a wide-ranging policy agenda outlining the priorities his party intends to pursue if they win the House majority in the midterm elections.

French Finance Minister Bruno Le Maire said Monday the European Union should consider applying electric-vehicle subsidies to cars built in the bloc, after the US limited its support to North American-made vehicles.

The Study effectively demonstrates that the burdens of complying with numerous disparate local tax regimes are extremely onerous, particularly in states that lack centralized collection and remittance of local taxes. The Study opens with a Foreword authored by well-known state and local tax experts Jeffrey A. Friedman and Nikki E. Dobay of Eversheds Sutherland LLP that evaluates and analyzes the l

COST testimony in support of S.B. 1315, which would allow Pennsylvanians to work remotely in the State for their out-of-state employers for part of the year without imposing Pennsylvania Corporate Net Income Tax (CNIT) obligations on their employers. This legislation is beneficial to the State both by affording Pennsylvanians flexible work arrangements, and by keeping talented Pennsylvanians from